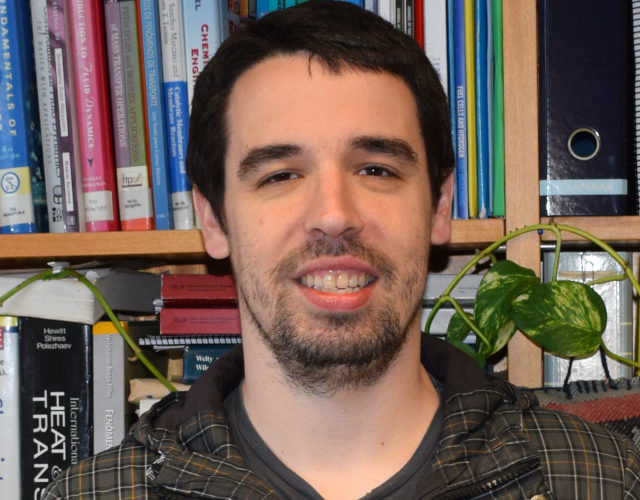 
After I finished my Masters, I was involved in two grant scholarship projects, 2011-2015, PTDC/EME-MFE/099109/2008, entitled “ANEURYSM – Hemodynamic Study in Cerebral Aneurysms” and NORTE-07-0124-FEDER- 000025, co financed by the Foundation for Science and Technology (FCT) and FEDER at the Transport Phenomena Research Center, CEFT. The projects consisted on the hemodynamic study of cerebral aneurisms, using in vitro phantom models, on the experimental rheology study of blood rheology (São João University Hospital) and on the creation of blood analogues using several polymer solutions.

Afterwards, I started my PhD in Chemical and Biological Engineering in mid-2014 and, in 2016, I won a PhD FCTgrant. The PhD, entitled “Polydimethylsiloxane (PDMS) microparticles synthesis for a novel blood analogue suspension”, consisted on the development of a blood analogue suspension. Polydimethylsiloxane (PDMS) was chosen for the material of the polymeric particles which was a good candidate to mimic the mechanical properties of Red blood cells (RBC) since is a transparent inert elastomer. Two multiphase methods to produce PDMS microparticles were explored, a microfluidic flow-focusing device and a membrane emulsification process. Since the PDMS microparticles generation was very challenging, a numerical study was also conducted validated by experimental data and enabled the investigation of other conditions to further improve the generation of microparticles.