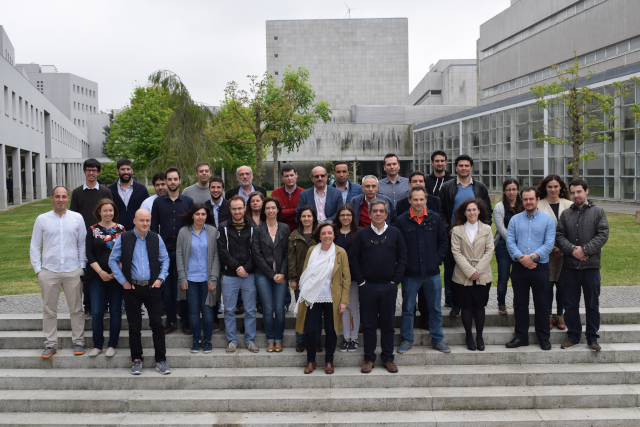 It began its activity in 1996 and its proponents were four professors of FEUP, two of the Department of Chemical Engineering and two of the Department of Mechanical Engineering and one professor of the Polytechnic Institute of Coimbra. During its period of activity CEFT was evaluated 4 times by FCT and in 3 of them was classified with Very Good (1996, 2001 and 2013) and in another with Excellent (2007). In 2018 CEFT maintains 44 researchers, of which 24 are permanent. Recently, CEFT has started a process of empowering its younger, very active and knowledgeable generation, giving them a greater power of decision.

CEFT is a research unit focusing on the sub-domain of transport phenomena (heat, mass and momentum) bridging the main areas of chemical and mechanical engineering. It assembles researchers from various Departments and Institutions across Portugal, thus departing from the traditional model of vertical organization. Since its inception in 1996, it has grown steadily, but sustainably, into a medium sized unit with an informal governance system that potentiates and promotes independent research and enhances creativity.

CEFT vocation lies essentially on fundamental research, in which it has achieved significant success. After in-depth fundamental studies, there have often been opportunities of applying this knowledge. It is also relevant to mention the tradition of CEFT and its vision in developing research activities with the best possible combination of people no matter their origin and place of work. This has brought us to work together with researchers with a wide range of backgrounds (engineers, physicists and mathematicians) and from a wide selection of academic departments and laboratories/ groups, in Portugal and elsewhere.

Over the years the simple organization structure of CEFT has been adequate for smooth operation and to quickly solve both personal and technical problems, because of its limited size and near daily contact of most of its members.