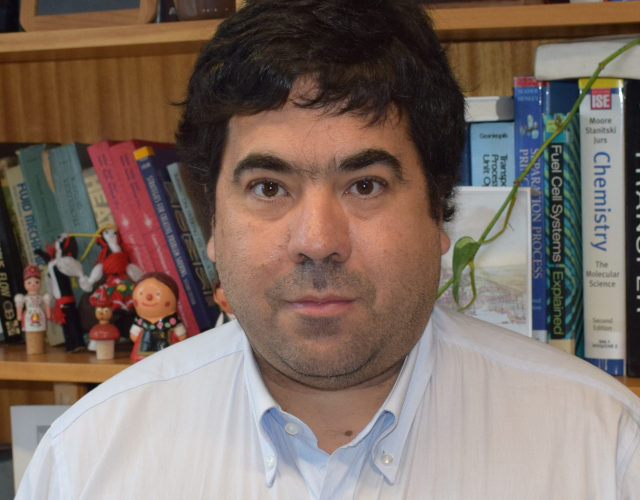 João Mário Miranda graduated in Chemical Engineering in 1994 and got his PhD in 2002 with a thesis on mass transport in the boundary layer of polarised separation membranes. From 2004 to 2007 he studied mass transport phenomena in sub-macroscopic devices, with emphasis on the application of computational fluid dynamics to lab-on-chips. From 2007 to 2009, he was professor at Universidade Lusófona do Porto, being responsible for subjects such as Signal Processing and Statistics. In the period 2009-2014, João Miranda was a Associate Researcher at FEUP (Faculty of Engineering, University of Porto).
Presently, he is a researcher at CEFT/FEUP working in microscale flow and mass transport, acoustic mixing, biofouling, cell trapping, hemodynamics in micro and macroscales, biomimetic fluids, production of microparticles and two phase flows in microdevices. Other activities include teaching to undergraduate students (Fluid Mechanics, Transport Operations) and management of research projects.

Related Articles
CEFT RESEARCHER CO-AUTHORED AN ARTICLE IN A MAGAZINE WITH A HIGH IMPACT FACTOR [IF= 26.416]
CEFT awarded by The Portuguese Science and Technology Foundation (FCT) with EXCELLENT in the 2017-18 Evaluation of R&D Units
PhD Thesis by Beatriz Arnold Braz on fuel cell for portable applications