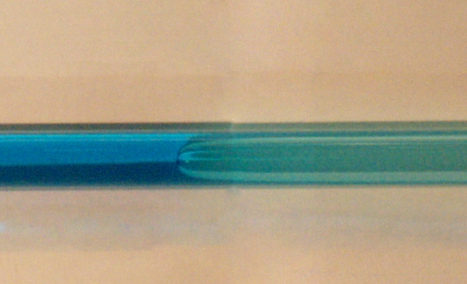 Multiphase flows have been studied over the years. The study focuses mainly on two phase flow in slug regime. It began by studying phenomena/isolated parts of the flow:

After these experimental steps, we proceeded to the numerical simulation, fed by the conclusions of the experimental work. Briefly:

With these simulations, it was possible to predict gas-liquid flow characteristics in several situations, both from the point of view of the physical properties of the fluids and also from the geometry of the column. These studies were later extended to other types of fluids and scales:

In recent years, research has focused on the transport of oil from deep wells, the so-called pre-salt region. This research has been in collaboration with Prof. Attila Freire of the Federal University of Rio de Janeiro responsible for the LabMultiFasico of UFRJ. Several joint projects were submitted (research group-CEFT and UFRJ), two of which were approved by Galp-Brasil. One of objectives is, based on the knowledge acquired, to develop a numerical code that can predict the flow of the oil (oil + air + water) in the extraction from the pre-salt wells.

Recently two others topics start to be studied: